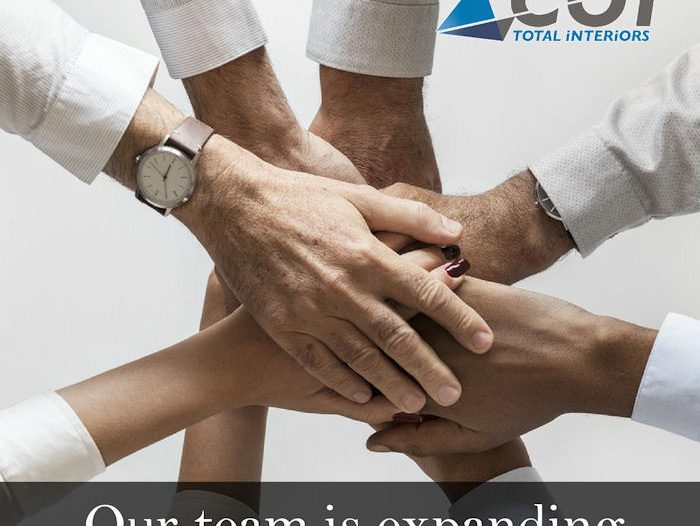 Following a busy summer fulfilling a number of refurbishments including Commercial Offices, Health Facilities and Educational establishments, we’re delighted to announce we have recruited two new employees to complement our friendly and experienced COI team and to help develop our corporate culture and brand.

Introducing Joanna Pearce – Accounts Administrator
Despite joining the business during one of COI’s busiest months of the year, Joanna has settled into her role quickly and efficiently and is already proving to be invaluable within the Accounts team. Her role will include daily sales and purchase ledger duties, including invoicing, credit control and producing management reports.

Introducing Lotty Turnbull – Administration Assistant
During August, we also welcomed Lotty Turnbull to the team. Lotty settled seamlessly into the business and is working alongside the internal and external sales team fulfilling general admin duties including quote generation and order processing with a focus on maintaining our exceptional levels of customer care services.

“As COI embark on the next stage of our business growth and development in Cambridgeshire and across the UK, we’re thrilled to welcome both Joanna and Lotty to the COI team. Both ladies are a fantastic asset to our business and a valuable member to their respective teams” said Darren Griffin, Group Managing Director of Combined Office Interiors.

We would love to know what you have planned for your office or educational space. We're here to help, please fill in the contact form below to say hello!

We use cookies on our website to give you the most relevant experience by remembering your preferences and repeat visits. By clicking “Accept All”, you consent to the use of ALL the cookies. However, you may visit "Cookie Settings" to provide a controlled consent.
Cookie SettingsAccept All
Manage consent

This website uses cookies to improve your experience while you navigate through the website. Out of these, the cookies that are categorized as necessary are stored on your browser as they are essential for the working of basic functionalities of the website. We also use third-party cookies that help us analyze and understand how you use this website. These cookies will be stored in your browser only with your consent. You also have the option to opt-out of these cookies. But opting out of some of these cookies may affect your browsing experience.
Necessary Always Enabled
Necessary cookies are absolutely essential for the website to function properly. These cookies ensure basic functionalities and security features of the website, anonymously.
Functional
Functional cookies help to perform certain functionalities like sharing the content of the website on social media platforms, collect feedbacks, and other third-party features.
Performance
Performance cookies are used to understand and analyze the key performance indexes of the website which helps in delivering a better user experience for the visitors.
Analytics
Analytical cookies are used to understand how visitors interact with the website. These cookies help provide information on metrics the number of visitors, bounce rate, traffic source, etc.
Advertisement
Advertisement cookies are used to provide visitors with relevant ads and marketing campaigns. These cookies track visitors across websites and collect information to provide customized ads.
Others
Other uncategorized cookies are those that are being analyzed and have not been classified into a category as yet.
SAVE & ACCEPT
Contact us